this isn’t a pattern of my own creation, but something i copied down YEARS ago.  it’s become my favorite baby gift because it’s just absolutely beautiful once completed.  i’ve made it so many times over the years that i now only use my notes as a rough guide.

END_OF_DOCUMENT_TOKEN_TO_BE_REPLACED 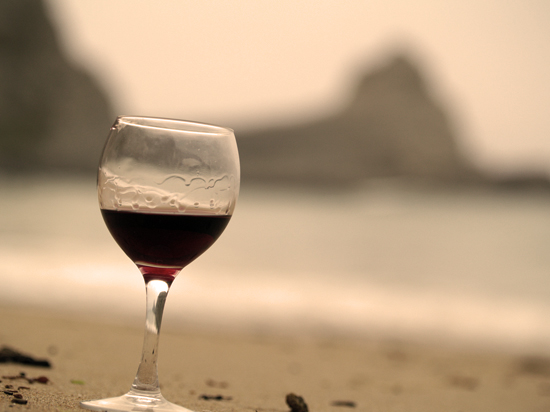 A Toast to New Beginnings! **I don't actually drink wine, but I love the *idea* of drinking wine.

When I was a little girl, my bestfriend’s mother decided that we needed to learn something “suitable for young ladies”, rather than our cavorting around like little hellions for the summer.  For the next few weeks, we dabbled in various crafts: needlepoint, embroidery, macramé, and crochet, until our inner hellions could no longer be contained.  While I enjoyed the craftwork, there was an entire SUMMER out there with my name all over it.

As I grew older, I began spending parts of the summer with my aunt and uncle.  My aunt, being a Crafter Extraordinaire, picked up where my bestfriend’s mother had left off: teaching me the basics of crochet, having me help her with various crafting projects she was working on, and, in one very grueling instance, attempting to teach me to sew.  (For the record: sewing machines and I are not on speaking terms, nor will we ever be.)

One year, with my crochet skills much improved, my father “asked” me to crochet 250 towel toppers for a church bazaar.  Big mistake. Even though they sold like hotcakes, after crocheting 250 of the things, I swore I’d never pick up a crochet hook or yarn again.  Tedious, boring, blahblahblah.

Then…10 years later, while recovering from a dislocated knee (too much dancing) and having entirely too much time on my hands, I picked up a craft magazine and saw a crocheted doll dress pattern that I thought might be fun to do.

And thus… my crochet habit was born.  While I am crocheting, there is almost nothing else that I’d rather be doing.  It relaxes me, gives my inner hellion a focus, and satisfies my occasionally overly analytical mind: the feel of soft yarns (I’ve a ~texture thing~. I heart texture.), the ~creativity~, the geometrical/mathematical nature of crochet patterns, plus the satisfaction of turning those luxurious skeins of yarn into beautiful items and the enjoyment those items bring to people.  All of these speak to me.

I recently decided that I needed ~a new space~, ~a new beginning~.  A place where I could focus on my crochet (or crafts or whatever handiwork that I might get up to) and so…  ~Tada~.  The Snarled Skein was born.  (Such a fitting name, I’ve spent entirely too much time unsnarling yarns over the years… and I confess, I’ve snarled a few too many, as well.)

When I can, I’ll post patterns or point to crochet items that I’ve fallen in love with and I hope that YOU’ll find something within this site that sparks YOUR interest and calls to your own creativity.

In the meantime, Happy Hooking!